Wedding Ceremony in the Royal Łazienki Museum as a perfect alternative to a wedding in the Registry Office. Wedding in Poland 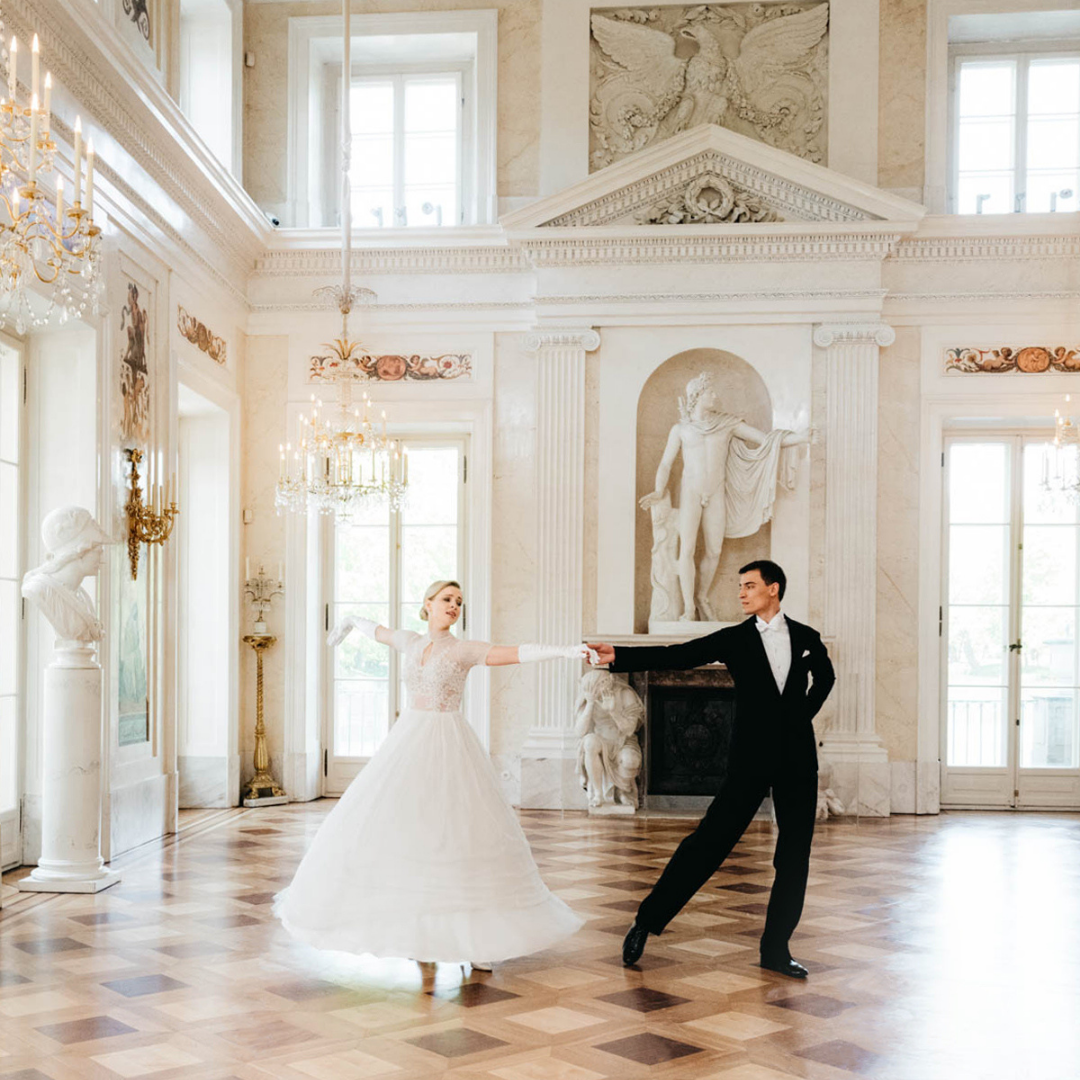 In the upcoming week we will share with you a unique choreography to the song "My Heart Will Go On by Celine Dion. We performed it in one of the most beautiful places on the map of Warsaw. We are talking about the Royal Łazienki, which impressed us immensely, not only because of its beauty and aesthetics but also because of its incredible historical significance. The building where we danced was the “Palace on the Isle” (Pałac na Wyspie), and the beautiful room you see in the pictures is the “Ballroom” (Sala Balowa).

What impressed us the most was the harmonious space, combining both classical architecture and lush greenery. Stepping inside, one has the impression of walking into a different era. We felt extremely honored and excited to have had the opportunity to perform on such a unique dance floor.

It is worth mentioning that Royal Łazienki is a garden and palace complex founded in the 18th century by the last king of Poland, Stanislaw August. Its name comes from the baroque Baths pavilion erected in the 17th century, which later, at the request of the King, was rebuilt into the Palace on the Isle and served his majesty as a summer residence. As the King loved art and willingly supported artists (he invited them every Thursday for so- called "Thursday Dinners") there are many valuable paintings and sculptures that can be found in the Royal Łazienki. 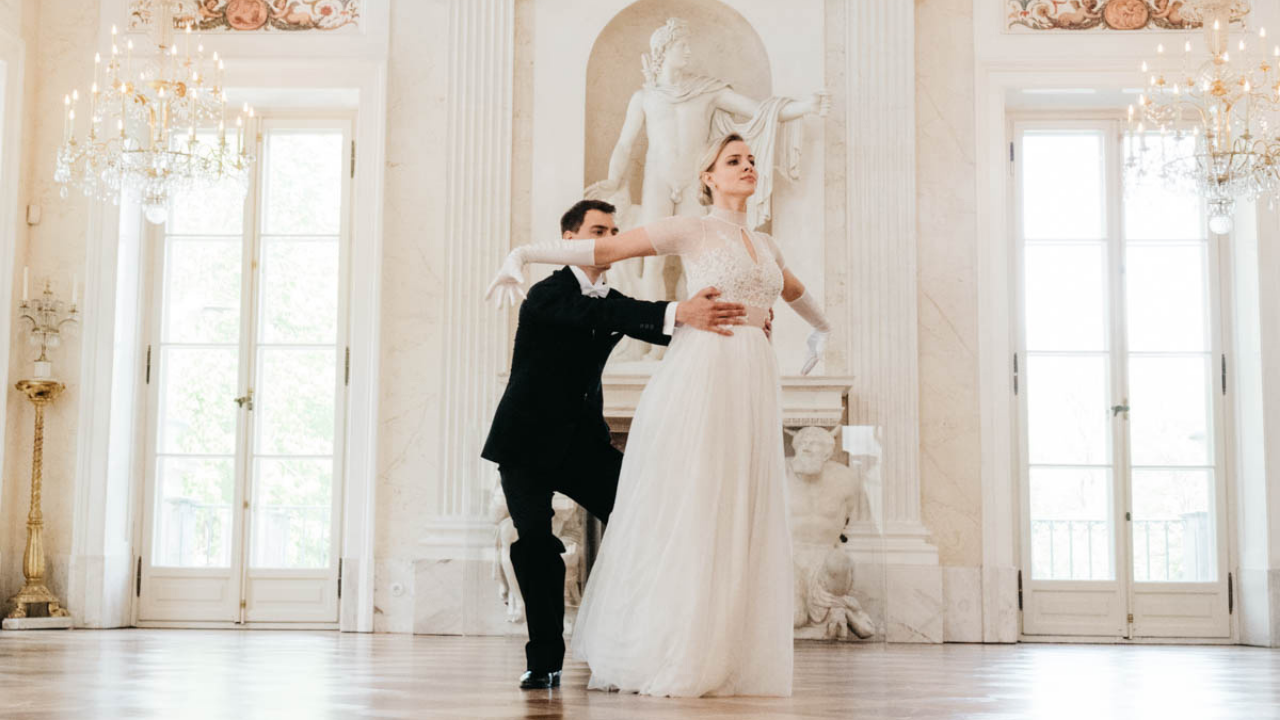 Of course, in addition, the Royal Łazienki are also beautiful gardens in the heart of the city, where you can relax and take a break from the hustle and bustle of the city. If you haven't seen these beautiful interiors yet, you certainly must visit this unique place one day! And if you are a bride and groom, who are searching for a perfect place to get married and change your status to husband and wife, we especially invite you to the next part of the article!

What better place to get married and say “I do" to each other than one of the most beautiful places in Warsaw?! I have no doubt that the historic Royal Łazienki Park is the perfect place for a unique Wedding Ceremony.

Bride and groom can choose from the following locations:
-The Ballroom (Sala Balowa) located in the Palace on the Island (Pałac na Wyspie)
-The Old Orangery (Stara Oranżeria), which houses the spectacular Royal Theatre (Teatr Królewski) and the Royal Sculpture Gallery (Królewska Galeria Rzeźby)
-The Myślewicki Palace (Pałac Myślewicki)
-The New Orangery (Nowa Oranżeria), part of the garden in front of the Belvedere restaurant 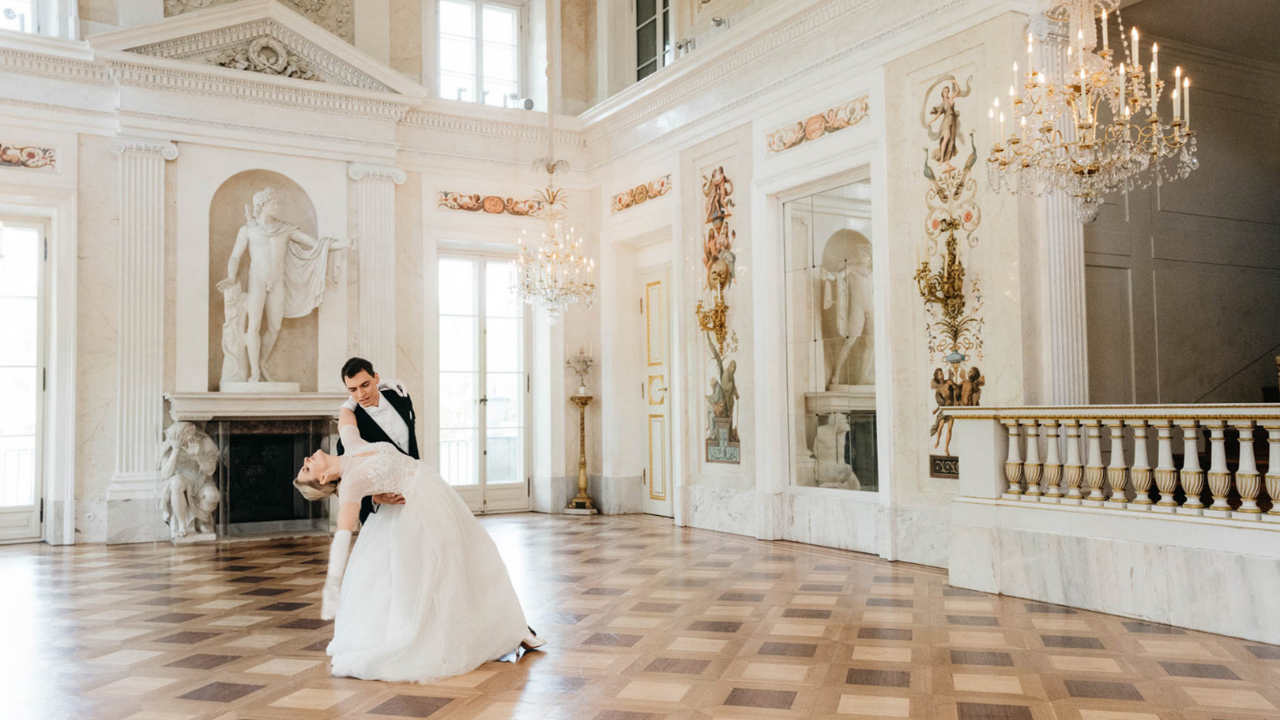 Each venue provides a suitable place for a wedding ceremony, meeting all the official requirements. Ceremonies can be organized regardless of the season, which is a great alternative to a wedding in the Registry Office. The interiors of the Royal Łazienki are breathtaking and I have no doubt that their elegance and enchanting atmosphere will delight your guests.

The Royal Łazienki Museum facilities are not available for the wedding reception, but instead, after the ceremony you can, for example, move to the Belvedere Restaurant, which is located in the unique New Orangery building in the Royal Łazienki. 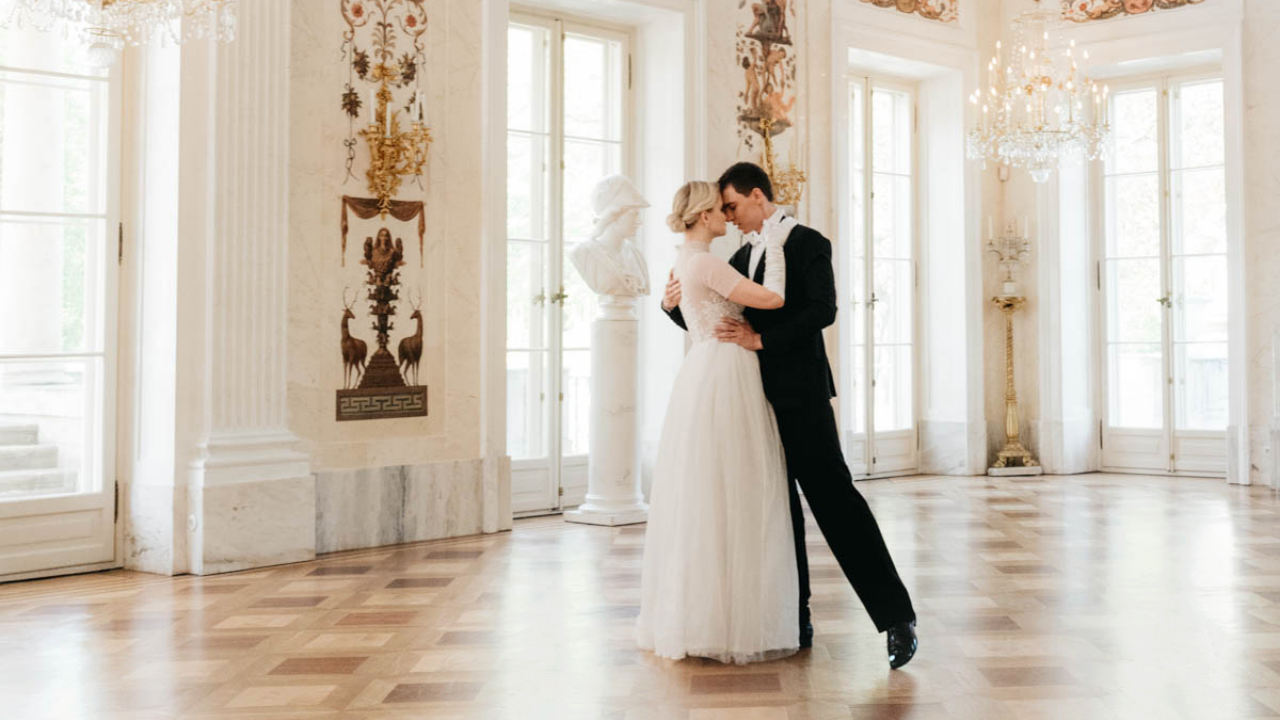 If you would like to know more about the wedding organization in the Royal Łazienki, for more information please contact Ms. Milena Żakowska (+48) 518 715 877 milena.zakowska@lazienki-krolewskie.pl

Titanic - My Heart Will Go On - Celine Dion - Dance Tutorial
49,85 €
Sign up for our newsletter and get 50% off tutorials in category UNIVERSAL.

4.71 / 5.00 580 reviews
IdoSell Trusted Reviews
2023-01-26
It is of good quality, the video and the explanations but we would apreciate a mirror view of the dance, from our perspective, so we can repet more easily.
2023-01-21
I love how my wedding dance looked very complicated but it was actually super easy. Me and my fiance love to dance (the waltz being our favorite) and don't have a ton of experience yet in our young adult lives. However, this tutorial was very easy for us to follow for at least the 20 minutes that we have tried so far with the video. We feel like we can accomplish this tutorial to a t. And even then we will be able to and get it polished up by somebody local. And the price was out of this world AMAZING! I mean comparatively to buying lessons from an instructor.
View all reviews (580)